The largest fort on the Antonine Wall was located at the east end of Laurieston.

There are no visible traces of the fort on the ground today, but subtle traces of the fort can still be seen in aerial photographs. Excavations have revealed that there were actually two separate forts on the site, with the later fort using the earlier fort as an annexe. Within the fort were a number of buildings, including a stone headquarters building, two granaries, a large commanding officer’s house with its own suite of baths, an additional bath house and post-holes of four timber buildings, probably barracks. Several of the buildings are larger than in other similar forts and the fort may have been the main command base for the entire frontier. 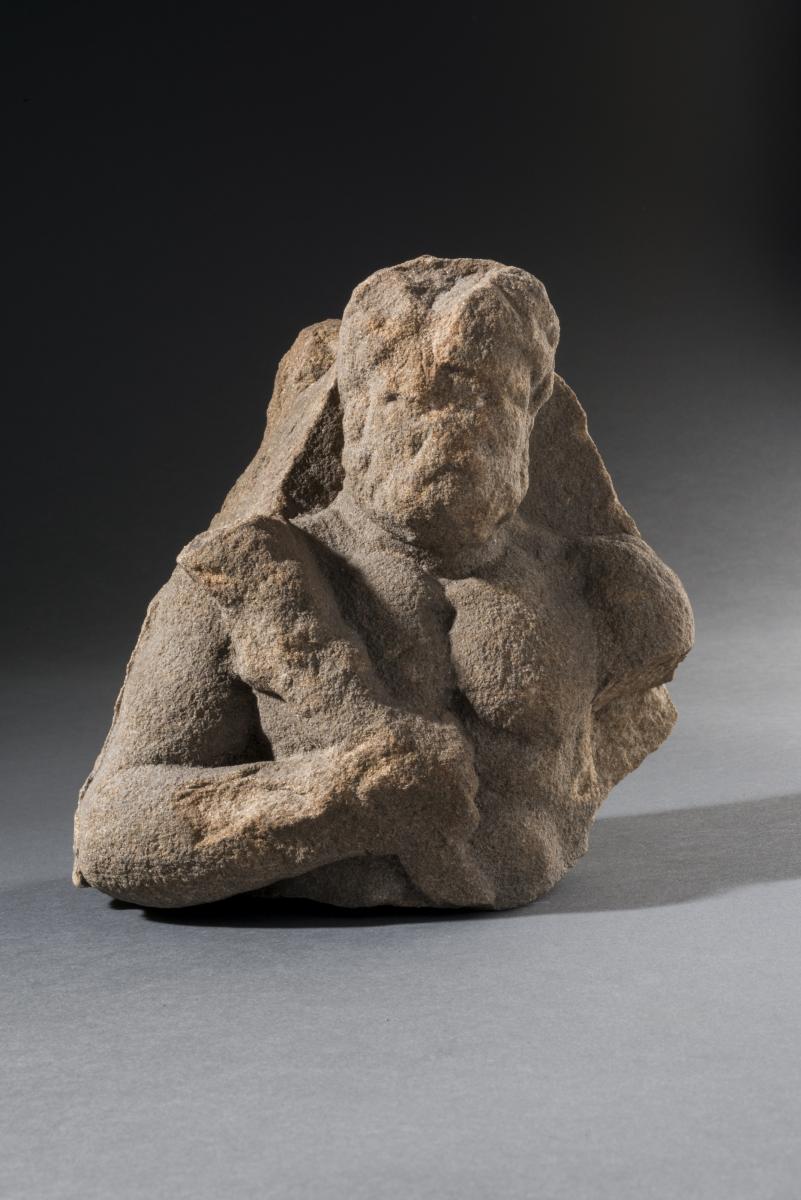 Two inscribed stones, a tombstone and an altar suggest that two different auxiliary units were based at Mumrills. The altar was dedicated to Hercules Magusanus by Valerius Nigrinus who served with the First Tungrian Wing, while the tombstone was for Nectovilius, a Brigantian from northern England who had served nine years with the Second Cohort of Thracians.

The site of Mumrills fort lies in the east of Laurieston, partly under housing and partly in a field between Polmont Road and the A9, on the site of former Mumrills Farm.