Unlike its stone-built southern neighbour, Hadrian’s Wall, the Antonine Wall was mostly built out of turf, laid on top of a stone foundation. 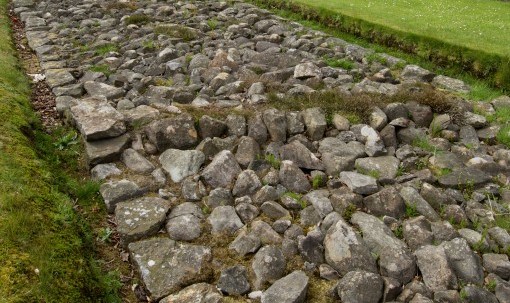 The stone base, around 4 m wide, helped with drainage and stability. Kerbstones would be dressed on-site with chippings thrown into the foundations.

Slabs of turf, cut by hand to a regulation size (possible using a special turf cutter such as that found at Camelon) were laid on top. The rampart of the Wall was nearly 3 m high – requiring around 20 layers of turf. A section of the eastern end of the Wall was built out of clay and earth, probably because of a lack of suitable turf locally; little of this survives today. 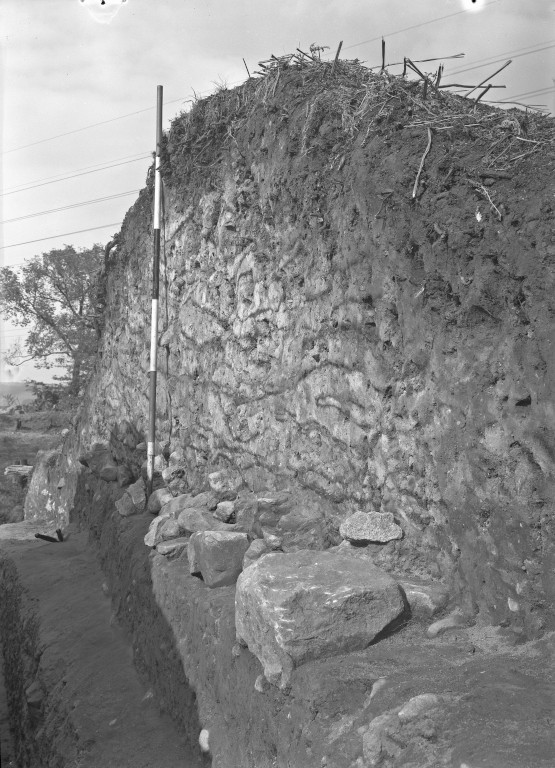 Along the top of the Wall there may have been a wooden walkway, perhaps protected with a woven wooden fence. Timber would have been cut using iron saws and axes, and dressed with adzes.

The most important buildings of the forts were often built of local sandstone if available, and roofed with red tiles. Other fort buildings, such as the soldiers’ barracks were constructed of timber.