The Antonine Wall was much more than just a wall. 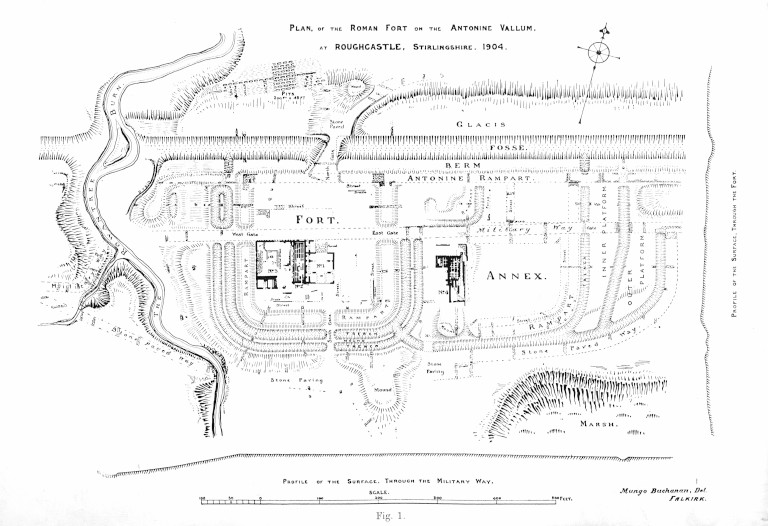 The turf rampart was punctuated by forts and fortlets with bath-houses, barracks and high-quality accommodation; a ditch, berm and mound to the north provided additional defences and a road on its southern side connected the Wall with the rest of the Roman Empire. At some forts there are additional defensive features and what may have been signal towers.

Exploration to identify the civilian villages around the forts is still underway, along with investigation of the temporary camps occupied by the labour force during the construction of the Wall.

It was undoubtedly a huge and typically ambitious construction project. But one calculation suggests that, given the available manpower, much of the building of the core linear features could have been completed in about eight months. It is more likely to have been spread over several seasons.