About the Wall » The Romans in Scotland

The Romans in Scotland

The Romans first invaded Britain in 55 BC but did not launch a real and lasting invasion until AD 43.

Some 30 years later they reached Scotland, when Julius Agricola launched his campaign in the north in the AD 70’s. By both land and sea, it took only seven years for him to take control of much of Scotland.  Some forts were built along what would later become the line of the Antonine Wall, while others were constructed along the Gask Ridge in Perthshire.

From the mid AD 80’s troops were slowly withdrawn from Scotland  as they were needed elsewhere in the empire, and around AD 122 the Emperor Hadrian consolidated the northern frontier at the Tyne-Solway isthmus with the construction of Hadrian’s Wall. On Hadrian’s death, in July AD 138, Antoninus Pius (reigned AD 138–61) succeeded to the throne.

Little is known about Antoninus, despite a 23 year reign, due to a lack of contemporary sources. His only biography, written 200 years after his death, records that:

He conquered the Britons through his governor, Lolliius Urbicus, and after driving back the barbarians, built a new wall, of turf.

His full title was Imperator Titus Aelius Aurelius Caesar Antoninus and he was 51 when he became Emperor. He had no military experience but had held senior administrative posts, as governor of one of the four provinces created by Hadrian in Italy, and as proconsul of Asia. 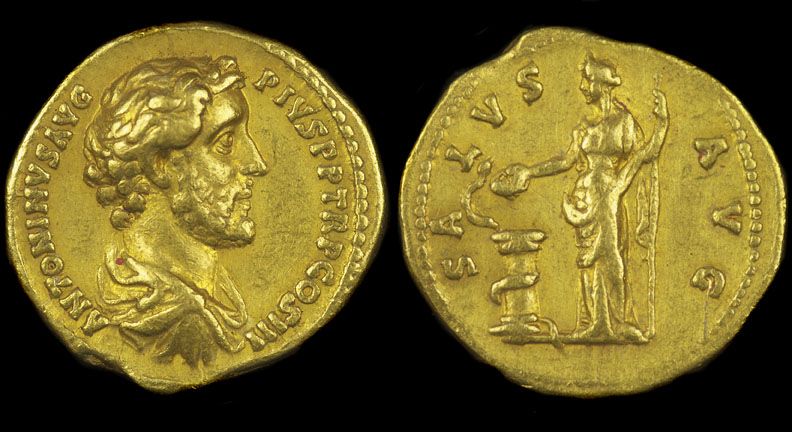 It was perhaps to consolidate his position as Emperor and demonstrate military might, that Antoninus Pius chose to re-invade Scotland. Advances to both the east and west, led by the governor Lollius Urbicus,  saw a series of supply forts, roads and fortlets constructed on the routes up to the new frontier line of the Forth – Clyde isthmus. Construction on the Antonine Wall and its many forts and fortlets commenced around AD 142.

Antoninus Pius died on 7 March AD 161 and shortly after, around AD 165, the Antonine Wall was abandoned and troops re-occupied Hadrian’s Wall.