The site of a Roman fort and annexe can be visited at Castlecary.

It is one of only two forts along the wall to have featured stone ramparts. Visible remains include a low mound and portions of exposed stonework from the fort’s east rampart, small portions of the headquarters building near a cluster of trees within the centre of the fort, and, depending on the current height of grass, traces of stonework at the north gate.

The fort is bisected by the Edinburgh to Glasgow railway line, which enters the fort at its south-east corner and exits just south of the fort’s west gateway. Several artefacts have been found here, including an altar and a statue to the goddess Fortuna, and a building record inscribed by the First cohort of Tungrians. 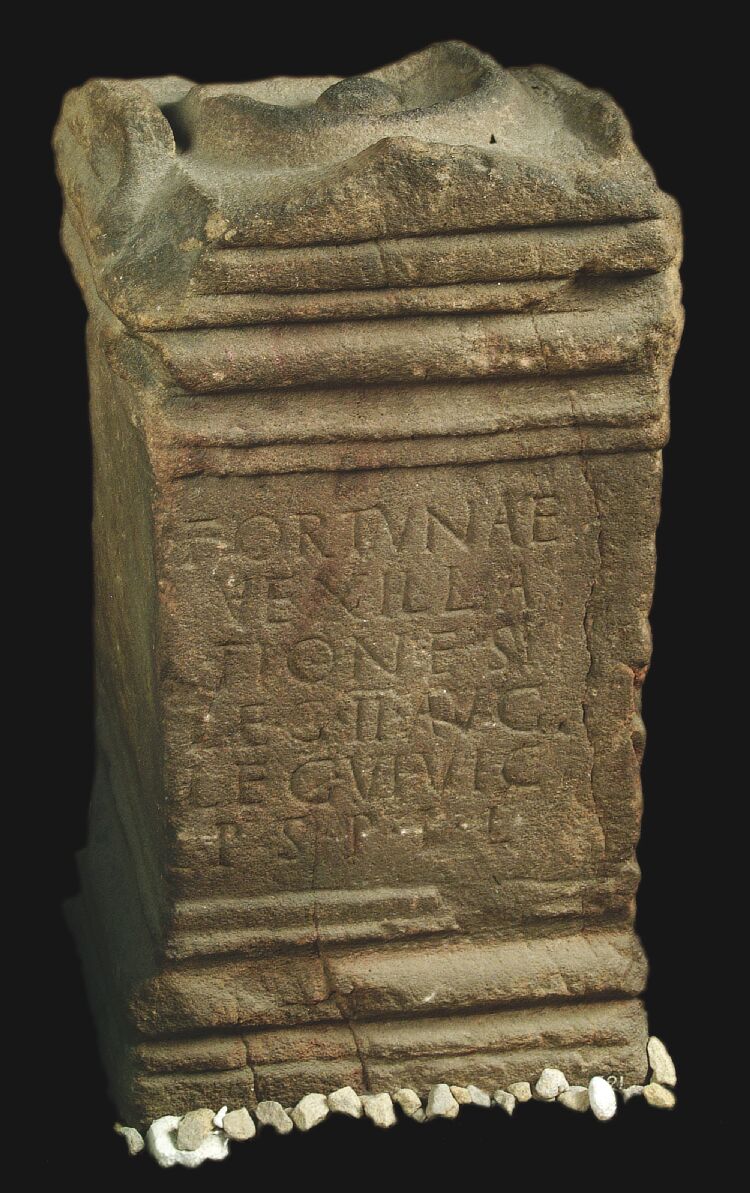 The site can be accessed from the village of Castlecary. Take a minor road marked ‘Walton’ which runs south from the Bonnybridge to Castlecary road B816. Park in a cul-de-sac left off Walton Road, close to the former schoolhouse (now residential). The site of the fort is marked by a clump of trees.